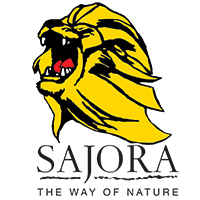 The World Needs SAJORA
"The major problems of our world today are a result of the difference between how Nature works and how Humans think"
Become Invincible of SAJORA's Training counters all that!
DISCOVER. MASTER. CONQUER your destiny
… and NEVER Experience FAILURE nor DEFEAT Again!
The ultimate outcome: becoming Invincible
" Once you know who you are, you will know what you have, and understand your purpose. You will, then be ready to meet your destiny. And everything will just seem to be working your way "
A Personal Empowerment Program Like No Other
Become Invincible is not a one-weekend seminar, or even a four-week workshop; This is a truly transformative - mentally, physically, intellectually, spiritually - and most powerful program ever created that takes time (most of which is otherwise wasted) and self-dedication to complete.
ALL-IN-ONE TRAINING
The MASTER
MisterG Trains, coaches, and mentors celebrities, athletes, and many others across three continents
His former and current clientele includes: 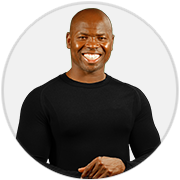 From the MASTER...
In June 1992, I arrived in Los Angeles and became a U.S. Citizen a few years later. I was thirty years old at the time and when I looked back upon my life, all of my trials and tribulations, all of my triumphs and my failures, there had been a naturalness in the way I picked and chose the things that would make me who I became.

Sajora is an African word that has multiple, but related meanings – survival, wilderness, knowledge of one’s surroundings - and can be said to capture a sense of nature and the way everything has its own individual flow and if it follows that flow it can reach its truest, highest self. So, from all the diverse philosophies and arts that I had mastered I created Sajora Executive Black Belt as an empowerment curriculum. Instinctively, following my natural flow had helped me to thrive in my youth, but consciously creating Sajora helped me to thrive even more in the United States.

In the following twenty-five years I received my tenth Degree Master Black Belt in 2004, and I was inducted into the U.S.A. Martial Arts Hall of Fame. By that time, I had already also created the persona of Mister G. I wanted to share my knowledge of Sajora with others, and so Mister G is a projection of what I aspired myself to be, my vision of the ideal teacher who would teach Sajora and help people find the natural way of achieving their ideal selves that they had lost in a cultural labyrinth, or by concentrating too much on their “failures” or “losses”.

As a teacher of Sajora, Mister G is not an unsurpassable master or a mystical guru, but a bridge for passing over as his students use Sajora to surpass their teacher and go their own natural way, as I did, as we all must. Mister G is rather the facilitating companion in their individual journeys of self-discovery and personal empowerment.

It's About YOU
Become a Sajoran and learn the secrets of Invincibility for success by the Way of Nature.
Become a Sajoran! Classes forming now:
Prospective students must meet a criteria in order to be accepted into the program
and go through the White Belt-Level Intro & Prep course if under 18 years of age.
Do you have what it takes to become a Sajoran? You might be if you answer “yes” to the questions below:
If you answer "yes" to all the questions above, please fill out and submit the form below: 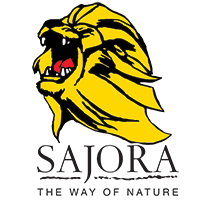